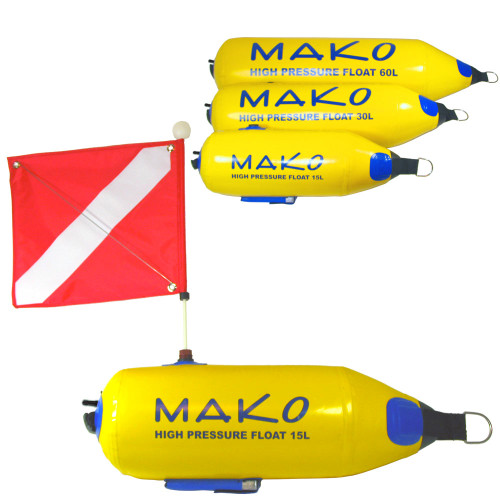 These are the HIGH PRESSURE FLOATS that big game hunters have been waiting for. The MAKO Spearguns HIGH PRESSURE SPEARFISHING FLOATS are so loaded up with features, it is not just a float... It is a piece of spearfishing gear. And, the price is equally amazing.

When I designed these floats with the Zodiac Nose Cone, I knew they would be popular among serious hunters. But I had no idea they would be this popular.

After testing my first prototype with the Zodiac Nose Cone, I was highly impressed with how easily it could be towed through the water. Even in current, there is minimal drag compared to other floats.

Equally important to the highly efficient hydrodynamic design, the bullet proof Zodiac Nose Cone also adds to the ruggedness of the float. The Zodiac Nose Cone can bang into rocks, coral, propellers, and even razor sharp trim tabs. You name it... It will not puncture.

In addition to the Zodiac Nose Cone, I added a rear handle to the float for one main reason... Safety!!! And, I put the inflate valve at the back of the float so it would not get caught up on your buddies floatline.

Another important feature for guys needing the optional dive flag is that I use one of my MAKO Lower Leg Weights as a weight, which further reduces drag as it acts like a keel on a sailboat.

Constructed out of durable 1100 gram material which is the same durable Military Spec material as Special Forces boats (1100 gram).

In addition to using the best material, we also use a welding process (not glued) on all seams which makes for a much stronger float.

Only the 15 L High Pressure Spearfishing Float is available with an optional Florida Legal Dive Flag and hydrodynamic weight to keep the flag upright. This design is unlike any other weighted keel where the elongated shape of the weight and pocket reduce drag and minimize snags. 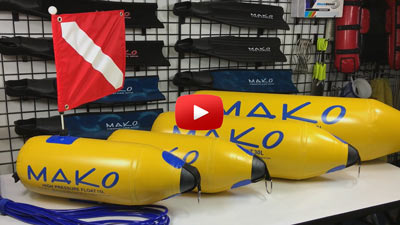 Dano demonstrates the features of the High Pressure Float 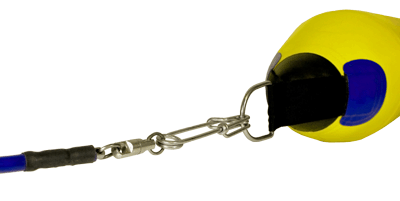 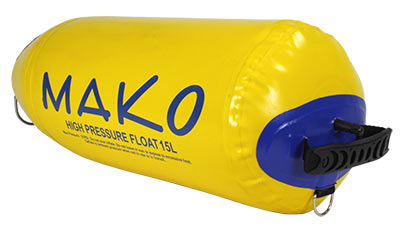 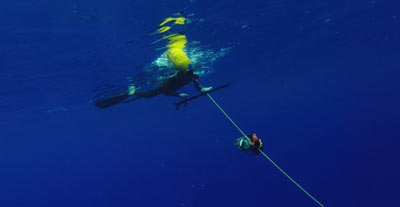 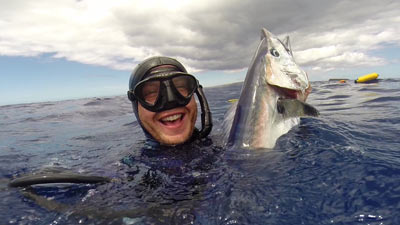 The MAKO Spearguns High-Vis Whistle is essential gear in alerting your buddies of dangerous conditions and requesting emergency assistance when needed.

Attach it to your wrist and tuck it in your sleeve for easy access. Keep a spare whistle attached to your float. 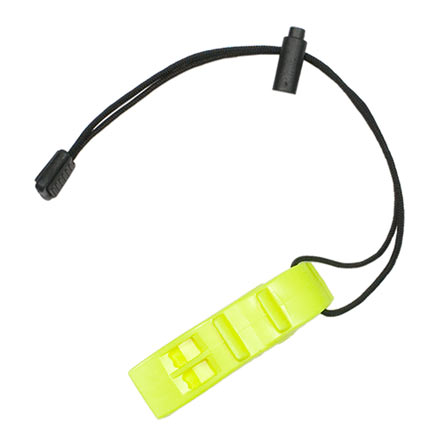