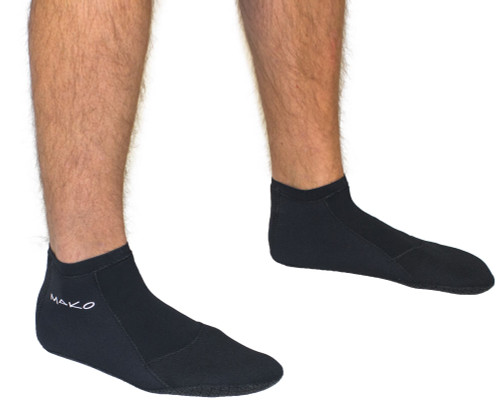 My wetsuits, socks and gloves are made of 100% genuine Yamamoto limestone based neoprene from Japan.

But, because I sell direct, instead of through dive shops, my prices are actually lower than the cheap petroleum based wetsuits from China that are sold at dive shops.

They are truly the most comfortable and highest quality freedive socks in the world.

MAKO freedive wetsuits, socks and gloves are made of 100% genuine Yamamoto Neoprene. And because we sell direct to divers, instead of through dive shops, our world class 100% Yamamoto wetsuits actually cost less than lower quality suits made from cheap petroleum based Chinese neoprene that are sold at dive shops. 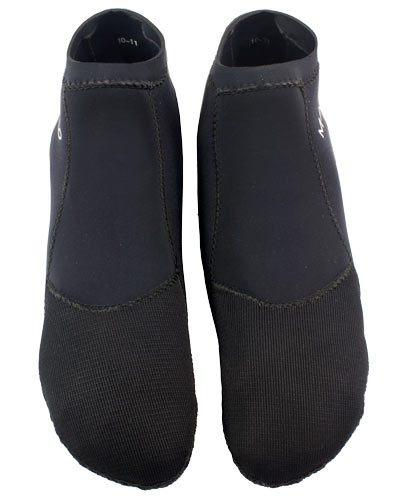 Our Freedive Socks are certified by Tomizo Yamamoto (President of YAMAMOTO Corporation) and me (Dano Krahling, President of MAKO Spearguns) to be Genuine YAMAMOTO Neoprene. 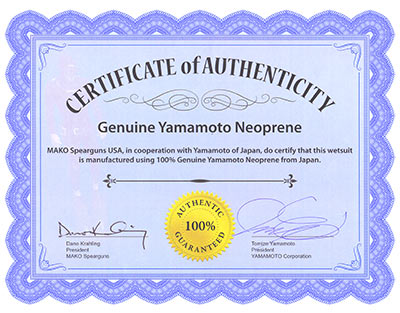